The Beet and Carrot Smoothie 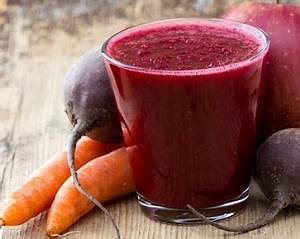 Try this smoothie if you are struggling with PMS and hot flashes.
Drink one serving per day during the 5 days before your period, and any time when you are having hot flashes.
Beets support the liver in estrogen detoxification and carrots support progesterone production.
If you can’t tolerate almonds, replace them with other nuts such as raw walnuts, macadamia nuts, hazelnuts, or pecans.
If you are allergic to nuts, try tigernuts (they are not nuts but tubers and are hypoallergenic – I get mine from Thrive Market).
Adding hemp seeds will boost the content of omega 3 fatty acids, which are anti-inflammatory and can help mitigate PMS and hot flashes.

Food as Medicine
As you can tell, each ingredient has a role.  In addition to what I said about the lovely beets and carrots…
Posted by Deanna Lyn at 8:26 AM 1 comment:

Email ThisBlogThis!Share to TwitterShare to FacebookShare to Pinterest
Labels: Recipes


Are you ready to finally achieve your ideal weight (and stay there)?
Have you found that losing weight is impossible no matter what you do?
Have you tried lots of diets without much success? Are youtired
of feeling guilty about what have (or have NOT) eaten throughout the day?
If you answered yes to any of these questions, you’re in the right place.
No matter how much you’ve struggled in the past,
I know you can have the body you desire!


Let me show you how...
I specialize in working with busy women (just like you!)
to help them successfully lose weight naturally, without counting calories
or feeling deprived.

My JUMPSTART YOUR METABOLISM program is not your typical diet program,

Instead, it’s a program that focuses on fueling your body
with delicious, nutrient dense foods that boost your metabolism and help you
release excess weight and keep it off.
I will coach you through a process that has worked for me and my clients.
If you’re interested in learning more about working with me, schedule a
FREE 30 minute Nutrition Strategy Session now. During this session
we’ll discuss your vision for your health, some of the obstacles that stand
in your way, and how I can help you lose weight naturally and feel your best.
Contact me Deanna Lyn: deanna@beautyradionetwork.com


SAMPLE PROGRAM
Posted by Deanna Lyn at 4:37 AM No comments: 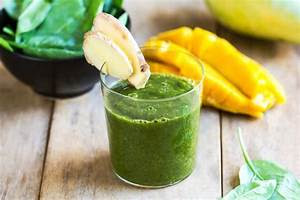 Thanks to much of what we hear in the media, detoxing has earned a reputation for being unhealthy and even unsafe. When you hear the word “detox,” so you immediately think of all-liquid diets, expensive supplements and short-term deprivation for short-term gains?

The truth is, a detox doesn’t have to involve any of the above—and if you detox in a healthy, supportive manner, you can achieve lasting results in weight loss, energy gain and full-body health.

The following are four myths you may have heard about detoxing. Understandably, these myths may cause you to be hesitant to try a detox.   Keep reading to find out the truth behind these myths and why detoxing might be just what your body is craving.

Myth # 1: You won’t enjoy anything you’re eating while on a detox.

While you might have to eliminate certain foods that you enjoy, detoxing isn’t all about eating lettuce with a drizzle of olive oil. There are many delicious recipes that can be prepared using healthy ingredients that not only taste amazing, but nourish and detox your body.

The best part is, many of them don’t involve any fancy ingredients and can be prepared even by a cooking novice. In fact, my detox participants always discover new foods and recipes that they absolutely love that have become staples in their diets long after the detox ends.

Myth #2:  You’ll constantly be hungry while detoxing.
While you might end up consuming fewer calories while following a detox, you shouldn't feel deprived or hungry. Going on an extremely low-calorie diet can actually disrupt your hormones and metabolism, making your body less efficient in the long run.

Everyone’s caloric needs are different, so a detox should never dictate how many calories you consume. By consuming whole foods that provide you with the right nutrients, you help detox your body while feeling satisfied.  My participants are always amazed that they never feel hungry during my detoxes.

Myth #3:  You need to do an all-liquid detox to remove toxins from your body.
Liquid-only detoxes have had more than their fair share of popularity. These types of detoxes can backfire: Not only do people often gain the weight back as soon as the detox ends, but such restrictive eating for several days can be detrimental to your health. An effective detox will include a variety of whole foods to help nourish your body and produce long-term results.

Myth #4: Detoxes are just a way for people to make money on expensive supplements.
Supplements involved in a detox should be just that, a supplementary part of the program, not the primary source of your nutrition.  While on a detox, you get most of your vitamins and minerals from whole-food sources.   Supplements may be recommended to help your body make the most of the nutrients it receives from these foods.  For example, by including probiotics in your diet, you help your body produce vitamins, absorb minerals and remove toxins from the body.

Aside from the benefits discussed above, detoxing is an incredibly effective way to identify if you have any food sensitivities, balance your hormones, and establish healthy habits for the long term.

I’ve worked with detox participants who not only have lost weight and kept it off, but who have also seen their energy level skyrocket, their skin clear up and even their allergies disappear.
Are you ready to discover the benefits of healthy detoxing for

yourself?  Click here to learn more about my upcoming program

What questions or concerns do you have about participating in a detox?  Before you try something new, like a detox, it’s normal to feel hesitant.  I want to hear from you. Hit “reply” or email me at

deanna@beautyradionetwork.com. I read every email that comes

into my inbox and I promise to email you back personally.
Posted by Deanna Lyn at 3:03 PM 4 comments:

Email ThisBlogThis!Share to TwitterShare to FacebookShare to Pinterest
Labels: Articles 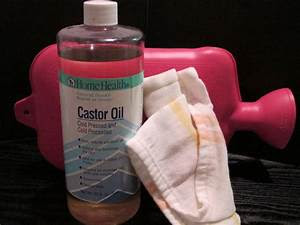 Castor oil (ricinus communis) comes from the castor seed, native to India. It is extremely high in ricinoleic acid, which is thought to be responsible for its health-promoting abilities. In fact, it was once called palma christe because its leaves resembled the hands of Christ. It is important to note that while castor oil is said to have health benefits, the castor seed itself can be deadly. Internal use of castor oil can be safe, but warrants caution.
Used in ancient Japanese healing arts and other ancient cultures, castor oil enjoys a long and distinguished history. One of the oldest medical textbooks in existence, the Ebers Papyrus, mentions that the early Egyptians applied castor oil topically as early as 1550 B.C.
While it is considered “Generally Regarded As Safe” by the FDA and up to a tablespoon per day is considered approved for internal use, it can cause extreme digestive upset in some people. I am not a doctor and don’t play one on the internet, so talk to yours before using castor oil or anything else internally.

The idea is to keep castor oil on a piece of cloth on the skin for at least an hour with a heat source to stimulate lymph and liver function. Unlike some “detox” methods, this is not said to have any negative side effects and the there are many accounts of people who noticed immediate better sleep, more energy, and clearing of skin symptoms.
NOTE: Even for external use, I’d consult with a doctor or naturopath to make sure that this natural remedy is OK for you. It should not be used if pregnant or struggling with a medical condition. I also test any new oil (or any substance) on a small part of my arm before using on a larger area of the body.
The beauty of a castor oil pack is you can place it where benefits are needed:

Castor oil packs harness the anti-inflammatory and lymph stimulating benefits of castor oil but allow safer external use. From a 1999 study:


With a minimal 2-hour therapy period, this study found that castor oil packs produced a “significant” temporary increase in the number of T-11 cells that increased over a 7 hour period following treatment and then returned to normal levels within 24 hours later.
The T-11 cell increase represents a general boost in the body’s specific defense status. Lymphocytes actively defend the health of the body by forming antibodies against pathogens and their toxins. T-cell lymphocytes originate from bone marrow and the thymus gland as small lymphocytes that identify and kill viruses, fungi, bacteria, and cancer cells. T-11 cell lymphocytes supply a fundamental antibody capability to keep the specific defense system strong.

In short, castor oil packs have been said to help detoxify the liver naturally, support uterine and ovarian health, improve lymphatic circulation, and reduce inflammation.
There aren’t any conclusive studies on the use of castor oil packs externally (though there are some preliminary ones), but a long history of traditional use in many cultures. There is some evidence that it can have a suppressive effect on tumors and a positive effect on arthritis when used externally.
Castor oil packs also provide time of quiet relaxation, which also has health benefits, so I thought they were worth a try! Anything for that!


How to Do a Castor Oil Pack

Castor oil packs are simple to do at home and I like them because they require me to be still and relax and read a book for at least an hour (not always easy to accomplish). They can be messy, but with proper preparation are not.

The easiest and least messy option I’ve found is the castor oil pack kit from here. It has the castor oil, cotton flannel, and a non-messy wrap-around pack that removes the need for plastic wrap and has kept mine from leaking at all.
NOTE: I highly recommend carefully prepping the area where you’ll be doing the castor oil pack to prevent mess.  Try using an old shower curtain, covered with a sheet under under you to make sure nothing stains. I don’t often have to wash the sheet, and I just fold and store in the bathroom cabinet for the next use.


How to Use a Castor Oil Pack

Other Ways to Use Castor Oil

Castor oil is handy to have around the house for other uses as well. Use castor oil externally to:
For best results, when trouble begins, apply a series of castor oil packs for 60-90 minutes about 3 times a week for a 3 week period. Consult with a doctor to rule out more serious causes.

JUMPSTART YOUR METABOLISM  SPING SUMMER PROGRAM  HERE
Posted by Deanna Lyn at 10:16 AM No comments:

Listen to the Podcast 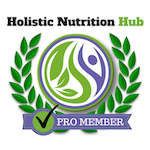